(Indonesia) Menilik Bisnis Kedai Kopi Melalui Do It Yourself 2018

A leader is not born just like that, but through a direct or indirect process of galvanizing.
Consciously or unconsciously this process can be very diverse, not just following the will of the
leader, but also learning on the power that is beyond their reach. Even so, when compared to
leaders born from a long process rather than leaders who are born instantaneously certainly has
many advantages, he can think more carefully, creatively and measurably. So that the problem he
faces will not be treated as a high mountain that cannot be climbed or a vast sea that cannot be
crossed. The problems faced by the leaders will only be a stepping stone for the leader to
complete his work. 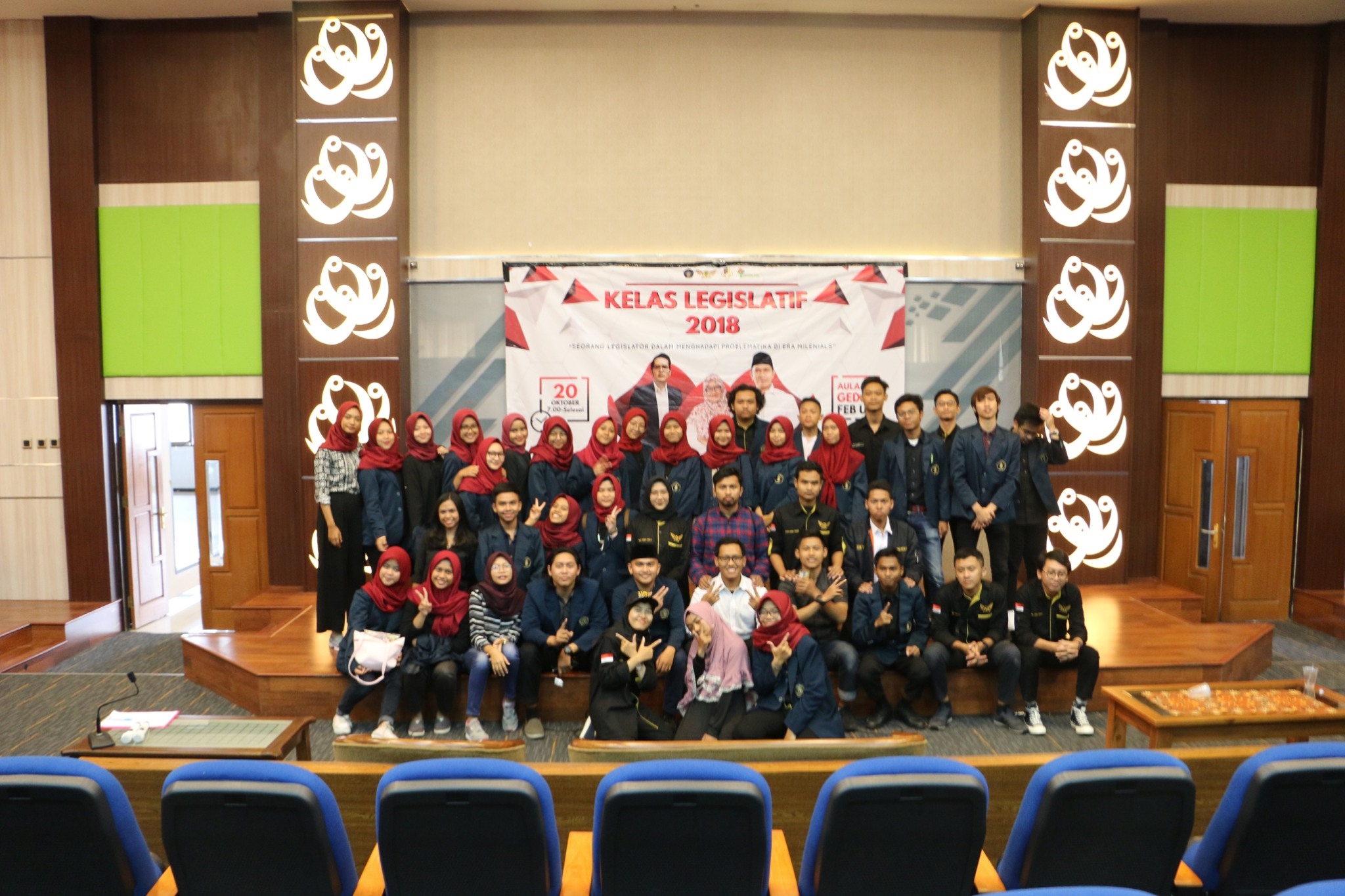 Indonesian students are a part that reflects Indonesia in the future, especially those who
are active in organizations today, including organizations that function as student legislative
bodies. 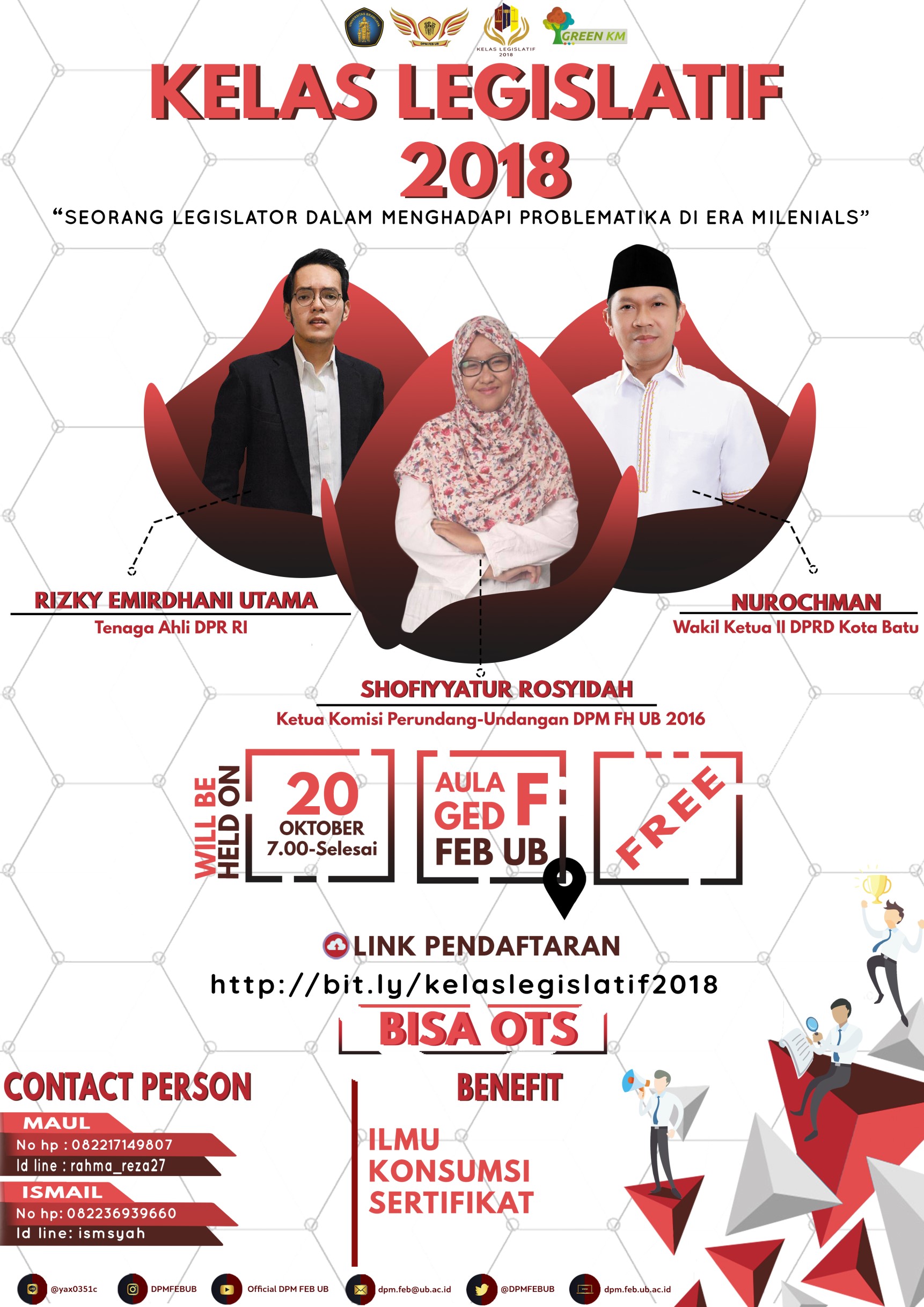 Therefore, when a leader wants to make a change movement does not always have to be
from the executive institution but it can also be through the legislative body by using the
functions it has. However, most students are less interested in plunging into the legislative world
because they are considered institutions that have no use and do not have a large share in student
activities in faculties / universities.

So to overcome the problem of lack of awareness from students to take part in the
existing independence in student affairs, DPM FEB UB makes a work program called “Kelas
Legislatif”. This work program aims to increase the awareness of FEB UB students about the
importance of negativity for the sustainability of activities in FEB UB and also to make a change
movement so that the activities of FEB UB students are better. So as to create leaders who have
knowledge and are reliable in the legislative field, and eventually become superior seeds to
produce good and true leaders in the future in the legislative field in particular and other fields in
general.

Kelas Legislatif 2018 is an activity in which there is knowledge in the field of negativity
to all students of FEB UB, as well as raising awareness about the importance of the legislative
institution in student activities in FEB UB. With the Kelas Legislatif 2018, it is expected to grow
superior seeds for the continuity of negativity in FEB UB. So as to foster good and right
candidates for future leaders, both in the legislative and executive institutions.

The series of Kelas Legislatif 2018 will be held on Saturday 20 September 2018 in the
Hall of F Building, FEB UB. The program takes the form of a seminar with three sessions. The
first session material was about legislativeism in Indonesia delivered by Nurochman who was the
second deputy chairman of Batu City DPRD. Next, the second session material on Good student
governance was delivered by Rizky Emirdhani Utama, an expert staff member of the Republic of
Indonesia Parliament. And the last material, which is the third session material, is a good
legislator delivered by Shofiyyatur Rosyidah who is the Chair of the Legislation Commission of
DPM FH UB 2016. After the third material ends, the event is followed by a simulation.

The hope of this 2018 Legislative Class event has been realized, which is to be able to
provide useful knowledge and increase knowledge to all participants present about the
Legislature both in universities and Indonesia. The goal to be achieved has been realized by
holding a Kelas Legislatif event. The initial goals to be realized in the Kelas Legislatif are as
follows:
1. Providing knowledge in the field of legislature to all FEB UB students
2. Grow awareness about the importance of legislative institutions in student activities
in FEB UB
3. Growing superior seeds for the sustainability of legislative affairs in FEB UB
4. Growing future leaders who are good and right, both in the legislative and executive
institutions.