On November 8th, UNIVERSE CUP 2018 was held with “Health” as the theme at Universitas Padjadjaran (UNPAD). For this prestigious event, EBBRAU performs as a delegate from FEB UB. After 12 players and 3 officially elected, exercises with high-level discipline is needed to prepare ourselves in for the competition . “An intensive preparation is one way to achieve the desired goal.” Said Uma, as Chairman of EBBRAU in 2018. 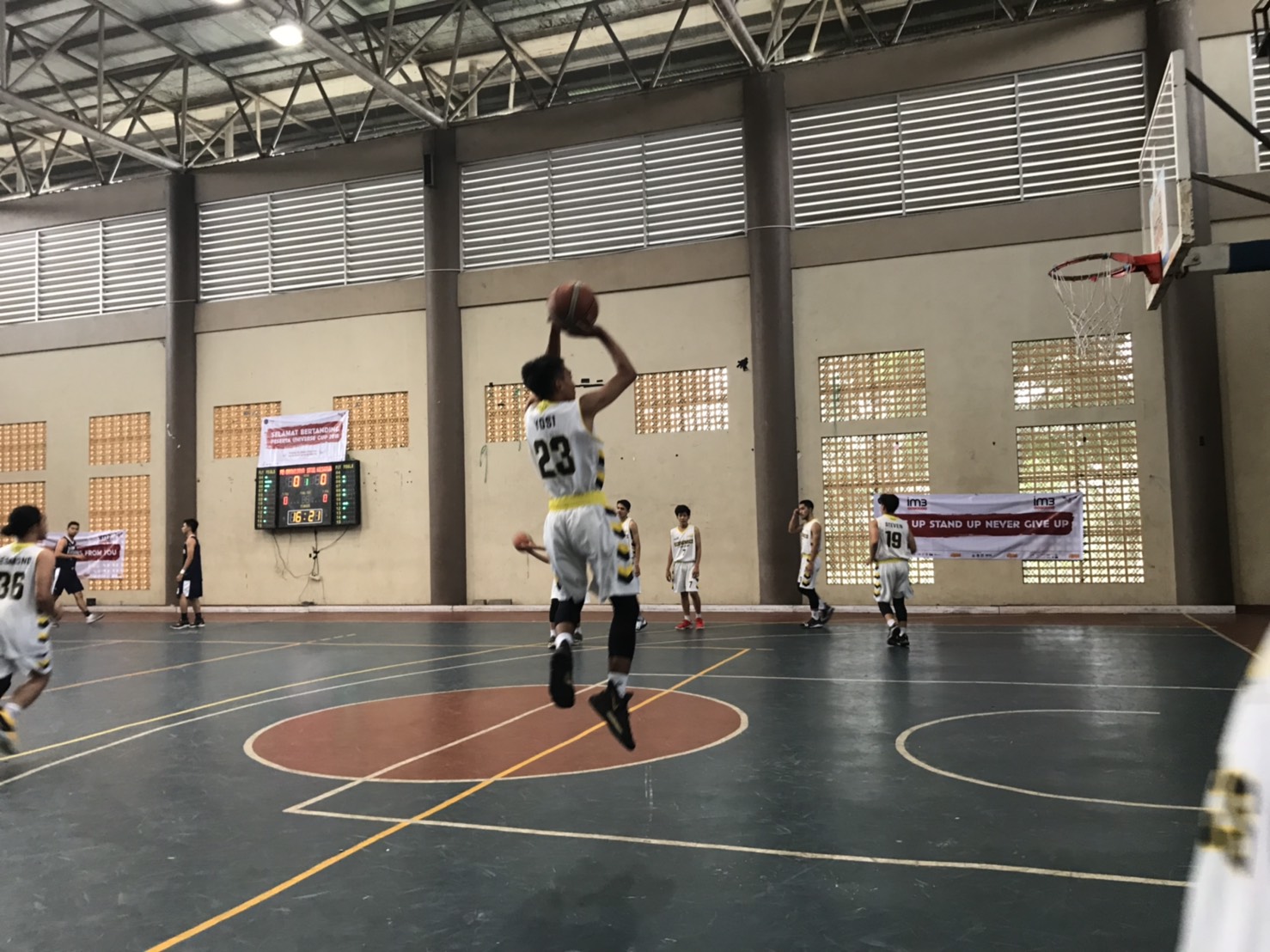 KBBA TELKOM is the opponent of EBBRAU’s Men’s Baket Team in the first match. After successfully defeating Telkom University, EBBRAU faced the Faculty of Social and Political Sciences of the University of UNPAD and FAHUTAN IPB. And in a quarter of the semifinal EBBRAU faced the Faculty of Mathematics and Natural Sciences from the University of Alignment. As a result of the previous training carried out by EBBRAU, we only reached the 4th stage of the basketball event between faculties across Java, Sumatra and Bali UNIVERSE CUP 2018.

EBBRAU reaps his disappointment. Preparation for EBBRAU Men’s Basketball Team is still need to be improved, the team that departs for UNIVERSE CUP 2018 delegates is a team that has just formed, Getting in round 4 of this tournament does not made the spirit of EBBRAU dissapear. Because we know defeat is a delayed victory.

From here we learn to keep the competitiveness inside and out. Where the strategy pattern provided by the coach does not need to be memorized but also developed to produce improvisation that makes the game run more effectively. Then EBBRAU also did not stop improving the achievements that have been there. Not to forget EBBRAU also need more intensive exercises to improve the ability in the next tournament.