All praise be to Allah SWT. The Lord of hosts, we praise Him, beg for His help, and take refuge in Him from the ugliness and error of our deeds. Starting from an intention we have determined the vision of da’wah which is to gain the pleasure of Allah SWT, namely by worshiping him. Worship is in the form of the application and seeding of all the wills of Allah SWT, which he sent down in the form of Shari’a (religion) in our lives as individuals. Islamic society as a comprehensive and integral religion that regulates every aspect of human life from aqeedah, sharia, and morals so that Islam is called a perfect religion, so it is fortunate that people embrace and practice it in life. 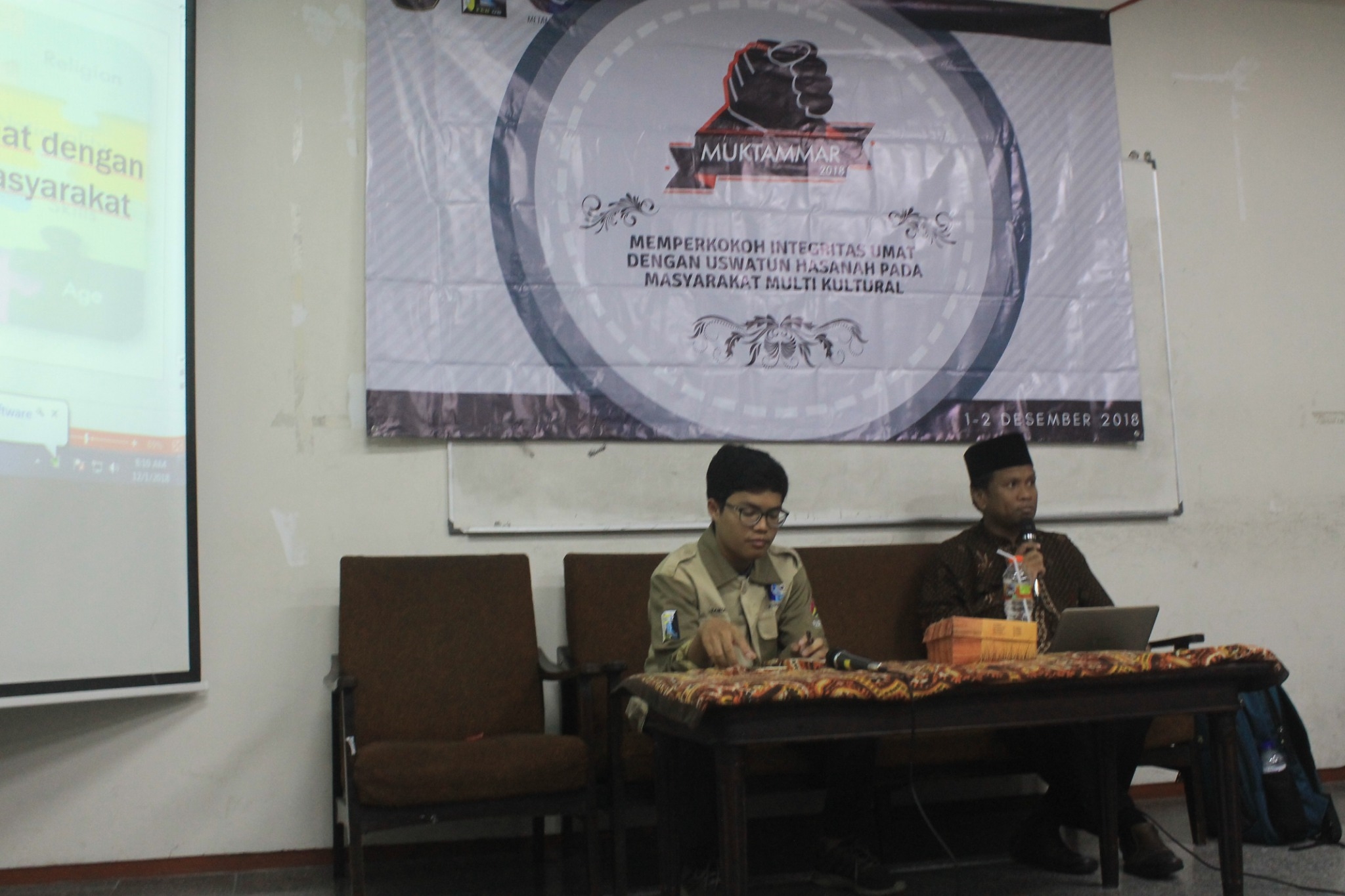 Economic, political, social and cultural life is not immune from Islamic religious arrangements, in this case within the scope of sharia muamalat. The Indonesian state whose population is predominantly Muslim is very conducive to the implementation of Islamic rules as a whole, the process of selecting leaders who reflect Islamic values is fundamental in a community both formal and informal. And to broadcast more Islamic values, especially in the field of muamalah in FEB UB, FORSTILLING (Forum Studi Islam dan Lingkungan) FEB UB held an event namely MUKTAMAR KE-XXXIII FORSTILLING FEB UB. The desire to make Islamic preaching more organized is one of the reasons for this activity. Umar Bin Khattab’s advice in the free translation, “Kebatilan yang terorganisir akan dapat mengalahkan Al-Haq yang tidak terorganisir”. 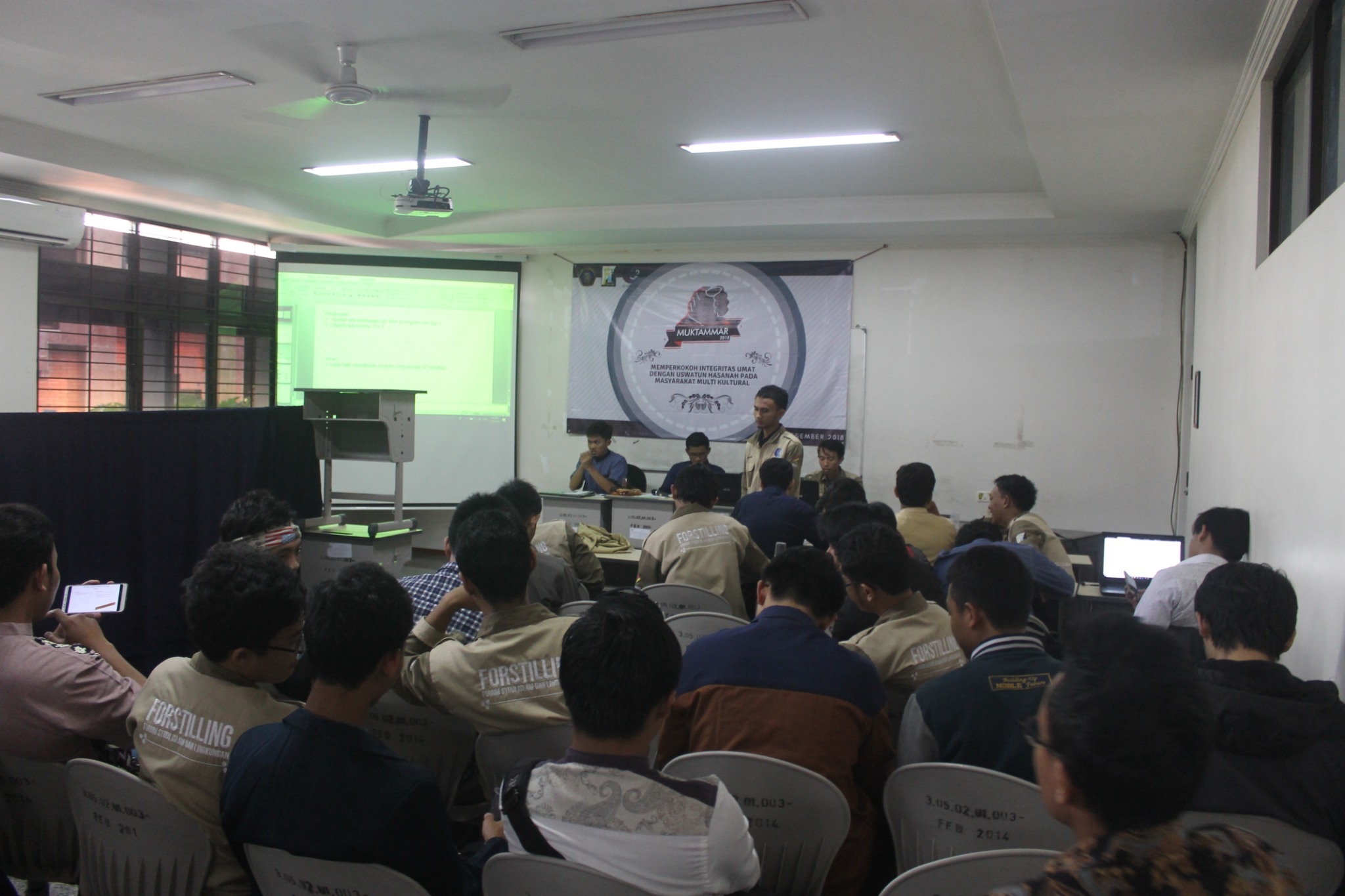 The activity with the theme “Memperkokoh Integritas Umat dengan Uswatun Hasanah pada Masyarakat Multikultural” was held for 2 (two) days, namely on Saturday and Sunday on December 1-2, 2018 and took place in Building D Room 2.7 and also filled with various series of events which includes one of them is debriefing about leadership by Ustadz Fitriaman, an expert in the field, so that the essence of this activity will be obtained not only for Forstilling members as special participants, but also invited guests as general participants. Before the agenda of the presentation of the event was opened with the recitation of the Al-Quran by brother Rendy Zulfan. The agenda after delivering the material is the selection and determination of the new presidium, and the chosen ones are Laode Shalahudin, Hadika Raihan and Baharuddin Rasyid who are in charge of leading the session, then the agenda is continued with discussion and ratification of Forstilling AD / ART. On the second day of the first agenda was the reading and assessment of the LPJ from each Bureau, Department, and also the BPI, then continued with the election of the Majelis Syuro’ which later they will deliberately elect the new Chairperson of Forstilling. After the Majelis Syuro’ finished electing a new General Chairperson, the next agenda was the handover of the position by the old General Chair of M Salahuddin Al Ayyubi to brother Roby Aulia Zamora as elected General Chairperson. The last agenda is the reading of the pledges by the elected General Chair and all members of Forstilling.